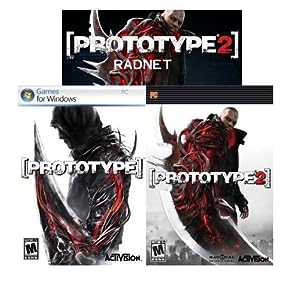 The Prototype Pack is back on sale for 89% off as the Amazon Game Downloads Deal of the Week (in case you missed the flash sale the other day). There’s two versions of the bundle. A Steamworks version and a mixed DRM version of the bundle.

The DOTW changes at 3am EST on Sunday.